Large ladies asses, street-wise kids, hardened prostitutes… These are just some of the subjects that appear in the retrospective exhibition of Joan Colom at the MNAC (Catalonia’s National Art Museum). I recently had the opportunity to enjoy this fantastic trip into Barcelona’s most uncomfortable side. Watch out for the masterpiece series called El Carrer (the street). Grainy black and white images show hard yet mesmerizing depictions of life in El Raval during the 1960s.

Barcelona, being a port city, always had a thriving sex industry to cater to visiting sailors. Joan Colom captures the working ladies and their clients integrated into everyday life of this borough. How did he manage to get these images? Quite simply: from a camera carried below the waist. He never drew attention to himself by looking through the viewfinder. As he walked, he clicked. This unobtrusive method gives completely natural and uninhibited scenarios. Also, the low level of the lens brings your eyes to curvy bums and breasts, giving you an intimate and fascinating inside glimpse. 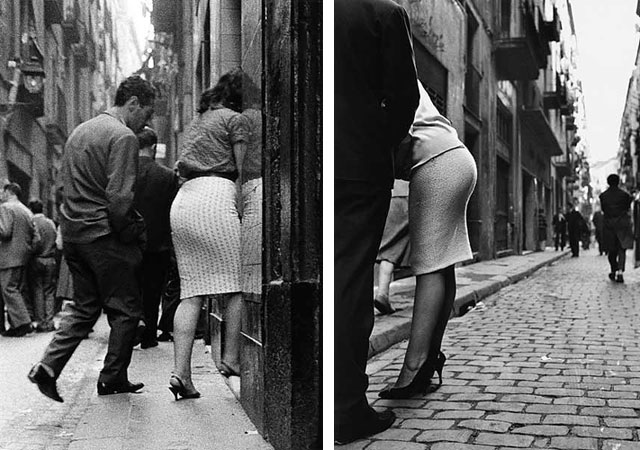 These avant-garde photographs were cutting edge and I was really surprised that he wasn’t more internationally recognised. I suppose, if you take sneaky photos and publish them without permission, you will at some point get into trouble. This is exactly what happened in 1964 when he found himself about to be sued by an unhappy subject. This scandal put a halt to his photography for a number of years. 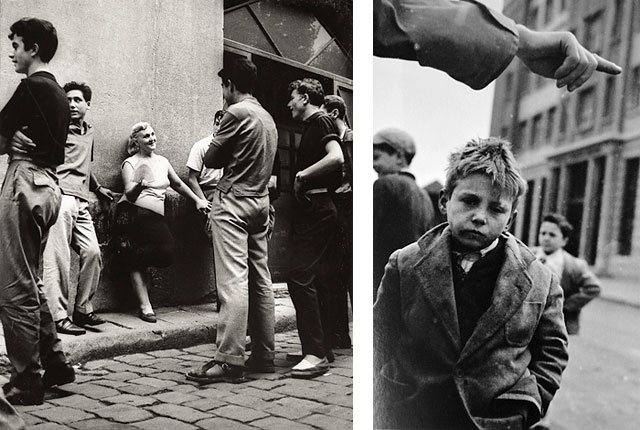 The city went through many changes over the next few decades, including a big clean-up for the Olympics that was hosted here in 1992. However, El Raval, Joan’s favourite neighbourhood, was never really tamed. Here resides a multicultural population with a lively street scene. Old men on benches, artists painting walls, prostitutes peddling and sightseeing tourists reside hand in hand. Luckily for us, Joan Colom took up his camera again to capture in colour this modern era. These new works are every bit as good as his old pieces and really depict El Raval’s unique character.

I doubt whether the tourist office would use these images for promotional purposes as the number of visitors would probably plummet! However, this is a side of Barcelona’s past and present rarely seen from outside and I definitely recommend a viewing to have a whole picture of what this city is about.

Today 11 years ago we started offering our tours i

Today is the feast day of Saint Eulalia, patron sa