A visit to Barcelona for many people is a chance to marvel at the past while living in the present. The idea for the City of Contrast tour came to me from doing just that! For many years my walk to work has taken me through the streets of ‘El Raval’ and I found myself becoming increasingly fascinated by the neighbourhood’s diversity. I began to read up on its history, trying to clarify my reflections on a place I knew very little about and was then I realised the character of ‘El Raval’ really stems from the diversity of its history. It became a place where, on my daily walk, I began to see streets which share stories of its past and present in surprising ways.

El Raval is found sandwiched between the streets of Paral·lel and Las Ramblas. It is one of the most multi-cultural and densely populated areas of the city and has been often characterised by, and criticised for, its dark narrow streets and boisterous nightlife. As a result, there have been many attempts over the last few decades to ‘clean-up’ this central area; the widening of streets, the destruction of tenement blocks and the building of art-house cinemas and 5-star hotels. But this is not just a recent cause, since the beginning of the 20th century the neighbourhood has been one often vilified and referred to by a variety of nicknames such as ‘Fifth district’, ‘Chinatown’ or, more recently, ‘Ravalistan’. 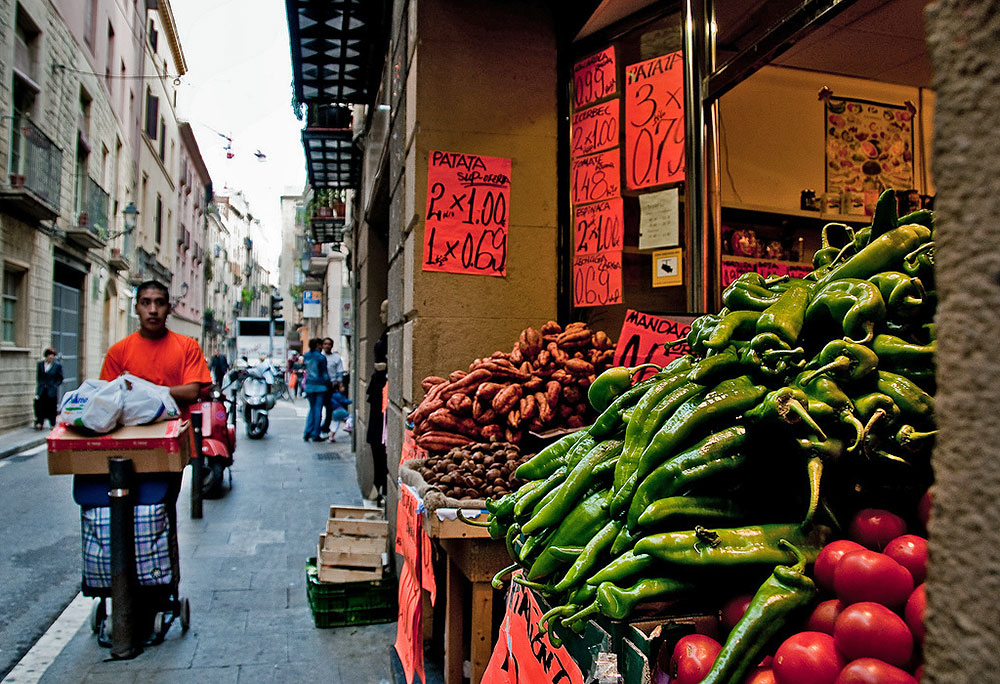 Its true name, El Raval, originates from ‘A-Rabal’ Arabic for ‘on the margin’, as it once was a simple area of land located outside the city’s walls. Eventually, the area would become inhabited by churches, convents and hospitals until eventually embraced within the walls of the city during the expansion of Barcelona in medieval times. However, it would be the next great growth spurt Barcelona would undergo in the 19th century which would define ‘El Raval’ for years to come. The City of Contrast tour explores the history of the 19th and beginning of the 20th century when Barcelona, and as a direct result ‘El Raval’, would witness a radical change.

With the dawn of the Industrial Revolution in the 19th century, the city could not cope with it’s growing population. Living conditions were becoming cramped and over-crowded, the spread of disease unmanageable, and it was seen that the only solution was to expand rapidly and offer the space to house the growing industry, and the growing industrial working class. The decision was made to remove the medieval walls and allow the huge development of what would become the ‘Eixample’. 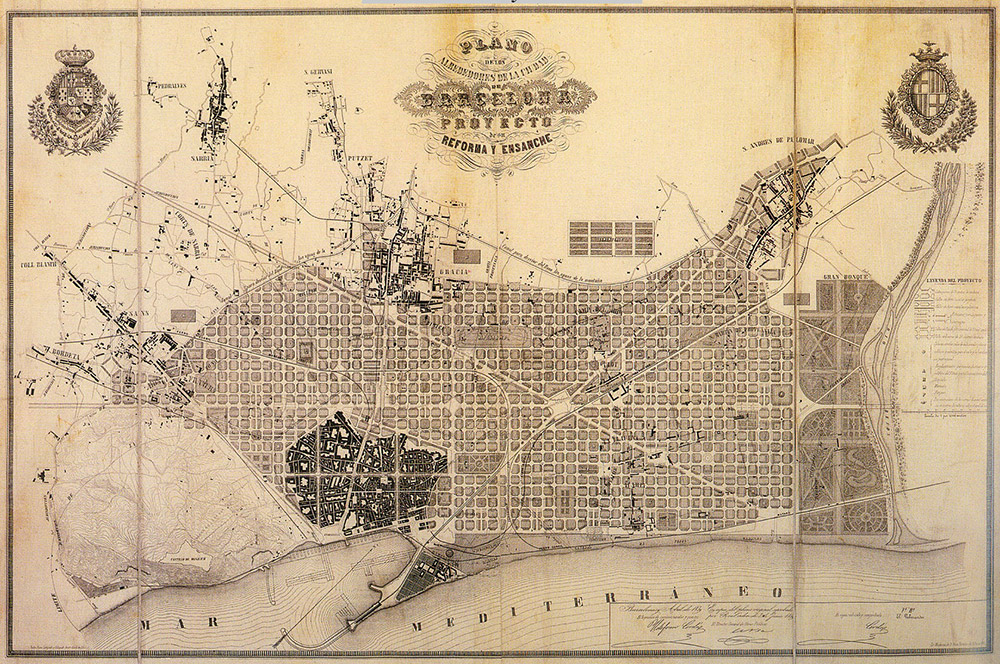 The solution did not become a reality. What would become of Barcelona in the 19th and beginning of the 20th century was a divided city – on one hand, the new industrialists and bourgeois began to plan and build their spacious homes in the newer part of the city, while the working class were left behind in increasingly uncomfortable and inhabitable conditions, mainly in the neighbourhood of ‘El Raval’. 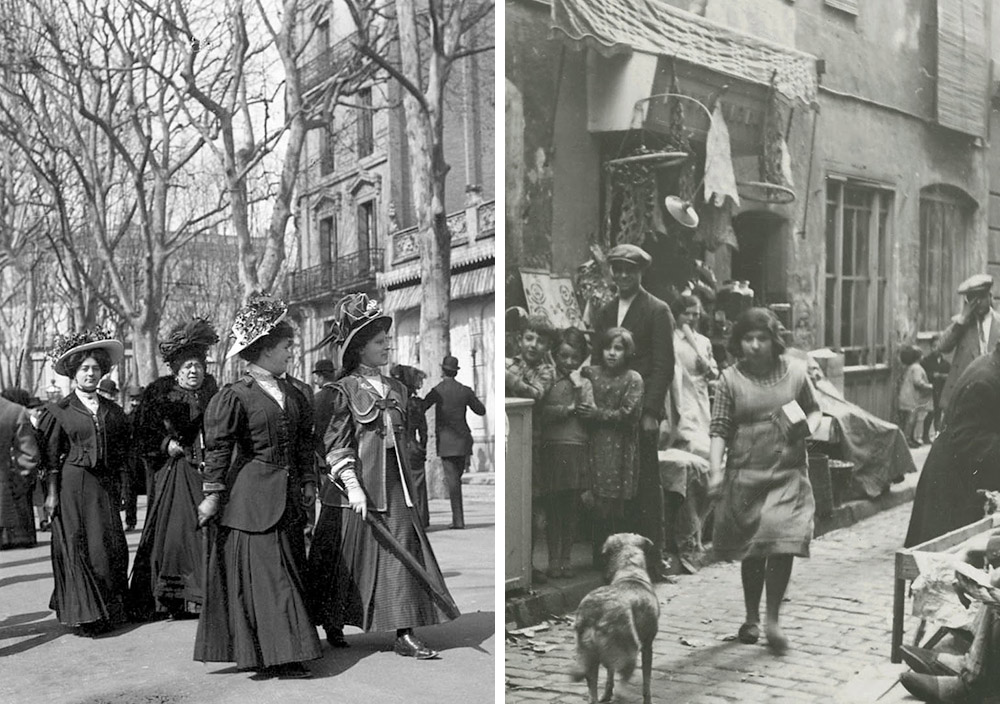 The narrow streets which characterise ‘El Raval’ became home to the factories of the Industrial Revolution and home to one of the biggest working-class populations in Spain. Living side by side with their work place, the fumes of the factory smoke, the cramped living spaces and abysmal working conditions, were few of many problems which engulfed the residents. The neighbourhood became a veritable hell-on-earth, and from this hell, the working class became increasingly open to a solution to their problems. 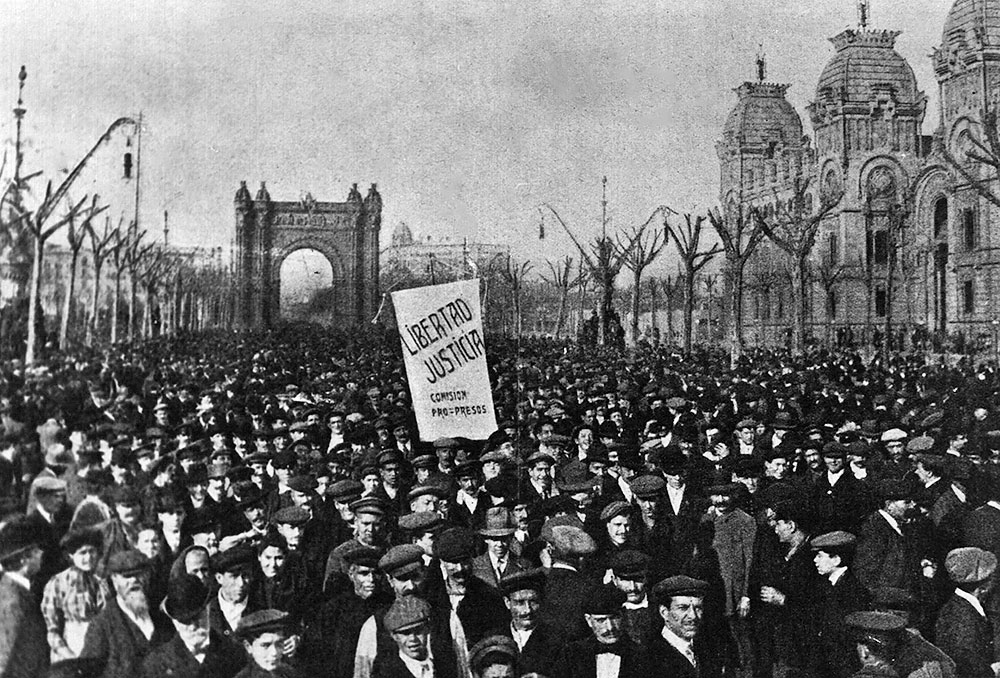 As we walk through ‘El Raval’ on tour I’ll show you where this industry was located, how the people lived and what was the political ideology the working class would eventually adopt as a catalyst for change. Behind the walled convents located in the neighbourhood, there are stories to be told of the Church’s relationship with the inhabitants of ‘El Raval’. Behind the facade of the Liceu Opera house we’ll discover how an attack in the building would shake the bourgeois in Barcelona to its core. And behind the name of ‘El Raval’, we’ll discover how during this period the city underwent not only great physical changes, but changes in attitude toward politics, immigration, and working-class organisation – changes that would greatly influence Barcelona’s role and experience during the outbreak of the Spanish Civil War in 1936.

Photographs by Clarence and Jordi Payà

Today is Saint Lucy's Day, patron saint of the bli

Looking forward to stuffing ourselves with panelle

Look what we just found out! We are the #1 tour on

Agbar Tower, one of the landmarks of modern Barcel

Very different La Mercè Festival this year but it