Probably one of the most common enquiries on our Gothic Quarter Free Tour is “where can I see a human tower being built?”. Well, as luck has it, the City Council of Barcelona is proud to show off the unique Catalan culture to visitors. Every Saturday evening during the Summer months and in front of the Cathedral, you can find human castles, giants, traditional dances and much more. Want to know what, where and how? Read on for the lowdown on groups and the 2018 timetable (2019 dates to be released soon).

The Catalan traditions will take place most Saturdays in front of Barcelona’s Cathedral at 7:30 pm from the 9th of May until the 29th of August. This is what you will see each day: 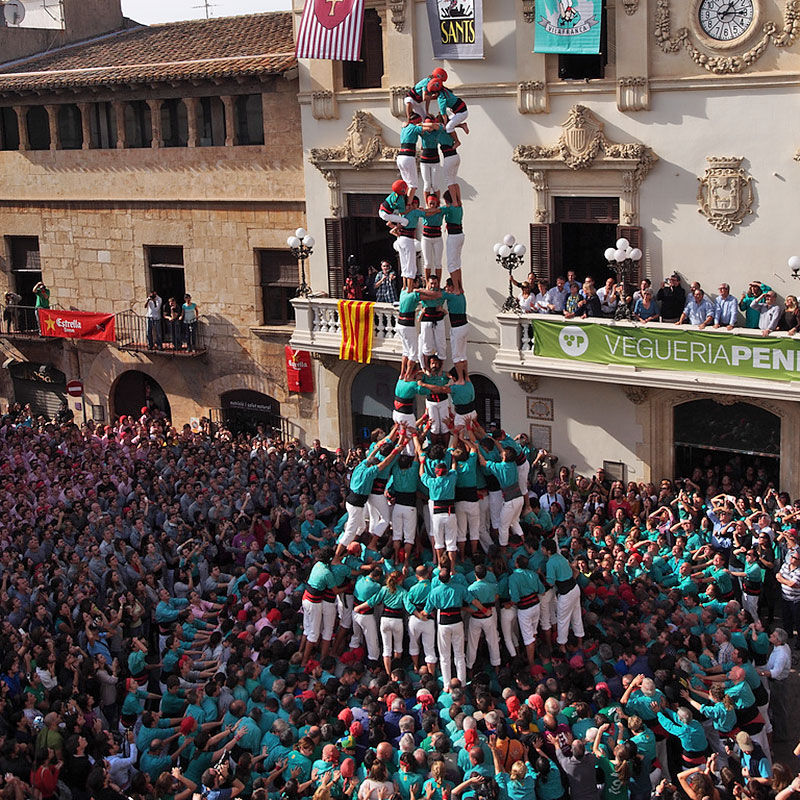 An Impressive Catalan display of a tower made up of humans. There are different types depending on the number of people on each floor. It is considered built when a young child climbs to the top and raises their hand. Hopefully, they won’t all topple down after, but if they do, the young children are wearing helmets for protection. 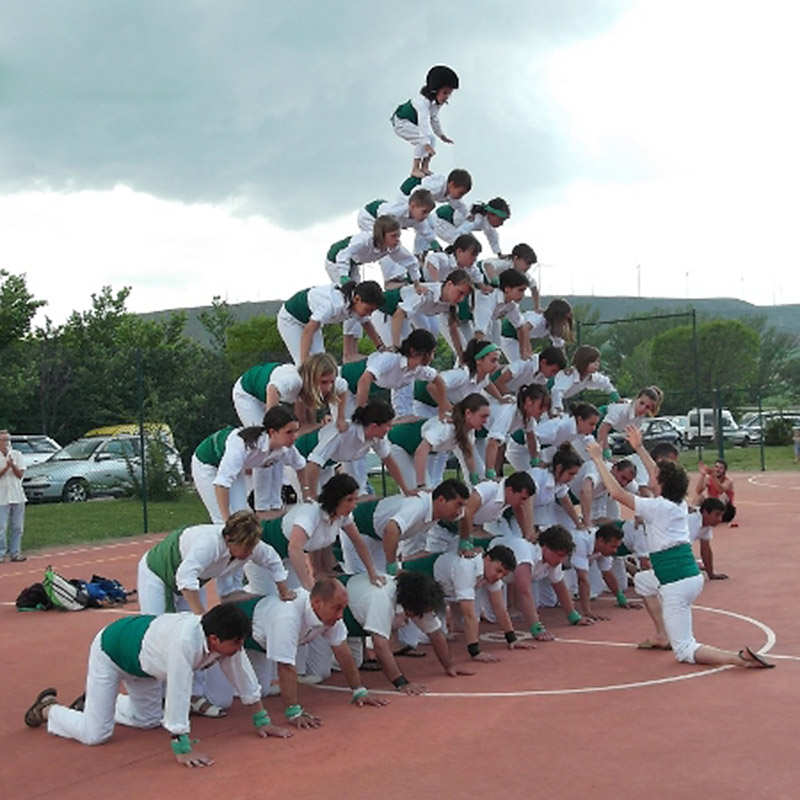 These groups make human shape formations such as pyramids, revolving towers, etc. Some of the structures can be pretty intricate. The music, as in the castells, is always present, although they do not go as high up as the human towers. 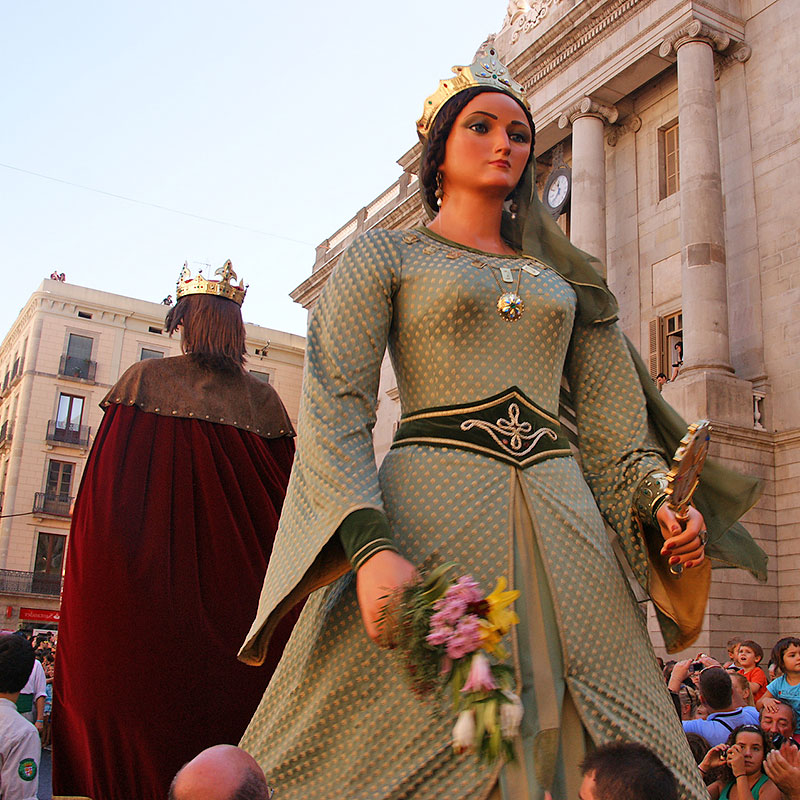 These are large papier-mâché figures that walk around the streets. A real person is carrying it from under the skirt and different giants represent different neighbourhoods or associations. It is quite amazing to see these Goliath figures performing their own individual dances. 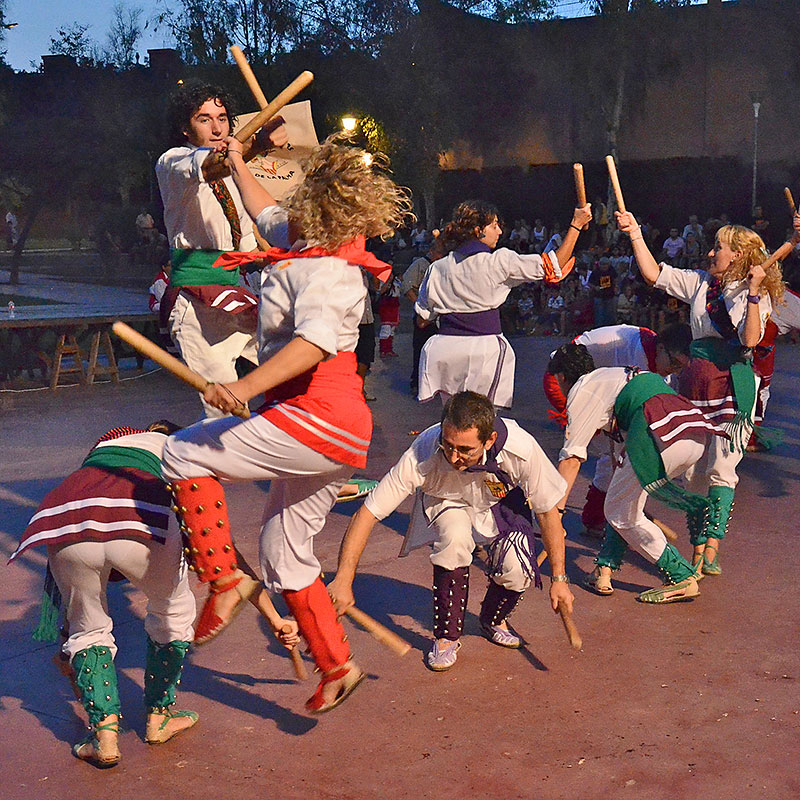 I love this very ceremonial dance using sticks. It derives from a demonstration of skills with weapons in the old times. Small wooden bats are used in the jig but you still have to be pretty deft not to get your fingers clobbered. 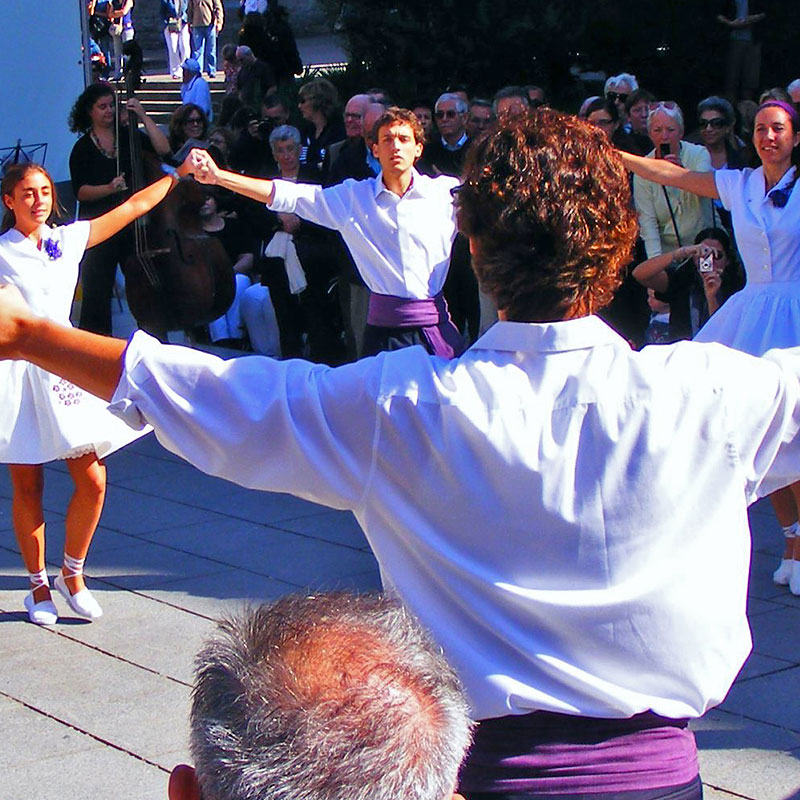 The most traditional dance in Catalonia is the Sardana. Everyone forms a circle holding hands as they trace their steps. Not so fashionable anymore with the younger generation, this jig is mainly performed by the proud golden oldies. During this festival, you will see older and younger together though.

Calendar of events for the Catalan Festival 2018:

Today 11 years ago we started offering our tours i

Today is the feast day of Saint Eulalia, patron sa